History of the nobility in Denmark

Numerous excavations of gold finds from the Bronze Age reveal the existence of a wealthy class of chieftains. Poetry from the Iron Age indicates a strong genetic and class-minded awareness: "Jarlar", "karlar", and "trallar" were nobles, free men, and slaves. In the Viking Age lineage was of fundamental importance to a man’s position. In the Germanic culture not only one man, but whole his family was considered well-born, which lead to the Nordic and German concept of untitled nobility.

Presumably, some of the oldest of the Danish noble families descend from the Iron Age magnates. The Bille family probably descends from the powerful Hvide’s, who were foster brethren with the Danish kings and sometime earls of Zealand and Rügen in the 11th century. Since prehistoric times the Danish kings were elected at the thing by free men, but this was monopolised by the nobility and the Church by around 1280 through the ‘Council of the Realm’ (Rigsraadet), a kind of upper house. In 1397 Queen Margaret the 1st united Denmark, Norway and Sweden in the Kalmar Union, each with their Councils. 120 years later Sweden-Finland left the Union.
After the Reformation in 1536 only the nobility was represented in the Danish Council of the Realm. The Catholic Norwegian Council of the Realm was abolished, and henceforth the Council in Copenhagen represented both countries. The council, as well as the manors and the highest offices of the state were reserved for the nobility. Formally, they elected the kings while imposing terms and conditions; for instance, the Council forbade King Christian the 4th to join the 30-Years War. He did, none-the-less, but as the Duke of Holstein – and ruined the kingdom! Hence, his son, King Frederik the 3rd (ruled 1648- 1670), was given very short reins, indeed, one even spoke of a ‘republic of nobles’.
Frederik, however, with the help of the Copenhagen burghers, made a coup d’état in 1660 and seized absolute power. Since then, the Danish-Norwegian nobility has not enjoyed any political or other privileges (not to mistake with the landowners, still often nobles), although it maintained considerable political and economic influence. The burgers and peasants were not anymore referred to as ‘unfree’, and the nobles were free to marry non-nobles. While Norway had barons, earls and even dukes in the Middle Ages, such titles were unknown in Denmark. However, in order to create a loyal high nobility Frederik’s son, Christian the 5th (ruled 1670-1699), began creating a number of counties and baronies, mostly in Denmark. These were a sort of entailed estates with extended economic and administrative privileges and duties headed by primogeniture titles of ‘count of fief’ (lensgreve) and ‘baron of fief’ (lensbaron). Their children became counts (greve) and countesses or barons (baron, friherre) and baronesses, according to certain systems and individual grants.

In 1814, during the Napoleonic wars, Norway broke away from Denmark and soon after ‘abolished’ nobility by law. However, from a Danish point of view the families in question remained and remain part of the Danish nobility. For instance today’s Norwegian ‘Hereditary Estate Owner’ (Stamhusbesidder) Nicolaus Wedel Jarlsberg figures in Denmark as Nicolaus Wedel lensgreve (Count of Fief) of Jarlsberg.

Nobles frequently headed the Danish governments, also after the introduction of democracy in 1849. In the first half of the 20th century there were several noble foreign ministers in Denmark, even in Socialist governments, but the only noble prime ministers were Hannibal Sehested (1900-01), Count J. L. Holstein of Ledreborg in 1909, and Erik Scavenius 1942-43, by when the Danes gave up collaborating with the German occupation power. The 19 counties, 14 baronies and 39 otherwise entailed estates, were abolished in the 1920’s; half of them, in a much-reduced state, are still owned by the same families. Today the Danish nobility, though without any privileges, remains an official body formally recognised by the state. 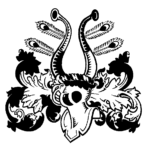 No corporation or body exists, or ever existed, to formally represent the Danish nobility in Denmark, Norway, or the Scania lands (southern Sweden), which were all under the Danish King. Only in Schleswig-Holstein, now entirely German, there was and still is, the corporation of the Ritterschaft. Although the Danish ‘Council of the Realm’ (Rigsraadet) was reserved for nobles in the period from the Reformation in 1536 until last time it convened in 1660, it consisted only of approx. 30 selected nobles, whose objective was the governance of the Danish realm.

However, in the 1880’s an association was founded, which still exists: The ‘Association of the Danish Nobility’. Technically, this private organisation only represents its members, who are members of the Danish nobility, no matter where they live, who have signed up and paid for their membership. However, since no equivalent corporation exists, the ‘Association of the Danish Nobility’ is the only organisation, which exclusively deals with matters of the Danish nobility. Lately, efforts to include Norwegian members were successful following a large meeting not far from Oslo at Jarlsberg, the wonderful country house of Count Wedel Jarlsberg, whom the Norwegians call ‘Hereditary Estate Owner Wedel Jarlsberg’. Every third year the association publishes the authoritative nobility calendar, ‘Danmarks Adels Aarbog’, which comprises every single family of Danish nobility and virtually all their members. It is strictly edited by scholars specialising in the history of the nobility.

The association is a member of CILANE.

In August 2019, Nobilitas hosted its first national ball in Moltke’s Palace in Copenhagen, where several international guests took part as well. Following the considerable success of its first ball, Nobilitas had planned to host a similar one in August 2020, but this ball sadly had to be cancelled due to the coronavirus pandemic.

Due to its relatively recent foundation, Nobilitas is still in the process of recruiting new members. At present (September 2020), Nobilitas has 144 members.